Do you love the look of zinnias, but don’t want to have to replant them every year? Are you looking for perennials that look like zinnias? In this blog post, we will explore some perennial flowers that look similar to zinnias in terms of shape and color. We will also discuss some attributes of these flowers that resemble those of the zinnia.

Zinnias are a type of annual flower, which means that they only live for one growing season. Annual flowers must be replanted each year, whereas perennials will come back year after year.

So to answer a common question “do zinnias come back every year?”  No, zinnias are not perennial flowers so they will not come back on their own. Perennials need to be replanted every few years to keep them blooming.

Now that we’ve answered the question of whether zinnias are perennials or annuals, let’s explore some perennials that look like zinnias!

Dahlias and zinnias may look similar, but they are actually quite different flowers. Dahlias are perennials flowers, meaning they will come back year after year. Zinnias, on the other hand, are annuals, so they will only bloom for one season. Both flowers have large, showy blooms, but dahlias typically have more petals than zinnias.

Dahlias come in a wide range of colors, including white, yellow, pink, and red. Zinnias are usually brighter and more vibrant in color. One of the main benefits of dahlias is that they attract pollinators such as bees and butterflies. Zinnias also attract pollinators, but they are also known for being deer resistant. So if you’re looking for a flower that will provide both beauty and function in your garden, dahlias are a great choice.

Many gardeners are surprised to learn that cosmos are actually perennial plants. Though they are often grown as annuals, cosmos will come back year after year if given the proper care. They are also closely related to zinnias, sharing many of the same features. Both plants have showy flowers that come in a wide range of colors, and both are prized for their ability to attract butterflies and other pollinators.

However, there are a few key differences between these two popular blooms. Cosmos tend to be taller and more slender than zinnias, with narrower leaves. They also have a long blooming season, often continuing to produce flowers well into autumn.

Sunflowers are technically annuals, meaning they only live for one growing season. However, in some cases, they may self-seed and come back the following year. The plant’s life cycle begins when the seed germinates and a small plant starts to grow. Once the plant matures, it produces large yellow flowers. After the flowers die, the plant produces seeds that can be used to grow new sunflowers the following year.

Sunflowers are often mistaken for zinnias because of their similar appearance. Both plants have large, brightly-colored flowers, and both attract bees and other pollinators. However, there are some key differences between the two. Sunflowers have much larger blooms than zinnias, and their leaves are typically broader and hairier. In terms of benefits, sunflowers are known for their ability to track the sun across the sky.

This trait is beneficial because it allows the plant to maximize its exposure to sunlight, which is essential for photosynthesis. Additionally, sunflowers are known for their high content of antioxidants and Vitamins A, B, and C. These nutrients provide numerous health benefits, such as reducing inflammation and boosting immune system function.

Marigolds are beautiful, cheerful flowers that are easy to grow and make a great addition to any garden. Many people think of them as annuals, but in fact, they are actually perennial plants. Marigolds have a long blooming season and will often continue to bloom until the first frost. One of the things that make marigolds so attractive is their similarity to zinnias.

Both flowers have brightly-colored petals and a similar shape. However, there are some important differences between the two. Marigolds tend to be more heat-tolerant than zinnias, making them a good choice for summer gardens. They also have a strong fragrance, which can help to deter pests such as mosquitoes.

Additionally, marigolds are known for their ability to improve the fertility of the soil in which they are grown. This makes them an excellent choice for gardeners who are looking to add some extra nutrients to their garden beds. In general, marigolds are easy-to-care-for flowers that will add color and life to any garden.

Chrysanthemums, also known as “mums”, are quintessential fall flowers. Their cheery yellow, orange, and red blossoms are a welcome sight after the summer heat has faded away. But did you know that chrysanthemums are actually a type of daisy? And that they come in many different colors, not just the traditional autumn hues? Chrysanthemums are perennial plants, which means they live for more than two years.

In fact, they can live for up to ten years with proper care! Mums look similar to zinnias, another type of daisy. Both flowers have a disk-shaped center surrounded by petals. The main difference is in the shape of the petals. Zinnia petals are more pointed, while chrysanthemum petals are more rounded.

Chrysanthemums have many benefits that resemble those of zinnias. They are both considered to be excellent cut flowers, lasting up to two weeks in a vase. Chrysanthemums and zinnias also attract butterflies and other pollinators. And like all daisies, they are easy to grow and require little maintenance. So if you’re looking for a cheerful addition to your garden, consider planting some chrysanthemums!

At first glance, zinnias and Coreopsis may look quite similar. Both flowers have large, brightly-colored petals and a bushy growth habit. However, there are several key differences between these two plants. For one, zinnias are annuals, while Coreopsis is a perennial. This means that zinnias will only bloom for one growing season, while Coreopsis will come back year after year.

Additionally, zinnias typically have shorter stems than Coreopsis, and their leaves are more deeply-lobed. As a result of these differences, zinnias and Coreopsis make ideal companions in the garden. When planted together, they provide a long-lasting display of color and texture.

Blue-eyed Grass (Sisyrinchium angustifolium) is a perennial wildflower that is native to North America. It gets its name from the blue or purple flowers that bloom in spring and summer. The flowers have six petals arranged in a wheel-like shape, which makes them look similar to zinnias.

Bush daisies (Olearia ramulosa) are a type of shrub that is native to New Zealand. These shrubs have small, oval-shaped leaves and produce small white flowers. Bush daisies are often confused with zinnias (Zinnia elegans), as they have a similar appearance. However, there are several key differences between these two plants. For one, bush daisies are perennials, while zinnias are annuals.

The leaves of black-eyed susans are also generally smaller and more deeply lobed than those of zinnias. Despite these differences, black-eyed susans and zinnias share many similarities. Both plants are prized for their long bloom times and easy-care requirements. They are also popular choices for cutting gardens, as they make excellent fresh or dried bouquets. While black-eyed susans are mostly grown as annuals, there are some perennial varieties that can add color to your garden for many years to come.

Florida violets (Violacea floridiana) are a type of wildflower that is native to the southeastern United States. They are part of the Violaceae family, which also includes zinnias. Florida violets have erect stems and heart-shaped leaves, and they typically bloom in shades of blue, purple, or white.

The flowers have five petals and are about 1-2 inches wide. Florida violets are perennials, so they will come back year after year. Zinnias come in a wide range of colors, including yellow, orange, pink, red, and white. They have larger flowers than Florida violets, with petals that can be up to 4 inches wide. Both types of flowers make great cut flowers for bouquets.

Gaillardia, also known as Blanket Flowers, are annuals that bloom in the summer and resemble zinnias. Both flowers have ray petals that can be single or double, and they come in a variety of colors including yellow, orange, red, and pink. The main difference between the two flowers is their leaf shape.

Gaillardia has lobed leaves, while zinnias have linear leaves. In terms of care, both plants prefer full sun and well-drained soil. However, zinnias are more heat tolerant than Gaillardia and can also tolerate drought conditions better. Overall, Gaillardia is easy to care for and makes a great addition to any garden.

At first glance, Purple Coneflower (Echinacea purpurea) and zinnias (Zinnia elegans) may appear to be quite similar. Both plants have daisy-like flowers with prominent central disks, and both come in a range of vibrant colors. However, there are several key differences between these two species.

Purple Coneflowers also generally have lower, more compact foliage than zinnias, and their flower petals tend to be narrower and more pointed. Of course, the most obvious difference is in the color of the flowers themselves. While zinnias come in a wide range of hues, from yellow and orange to pink and red, Purple Coneflowers are typically a deep purple or magenta.

Ultimately, while these two plants may share some similarities, they are easily distinguished by their distinctively different appearance.

However, the petals are slightly thinner and more delicate. The center of the flower is also larger and more pronounced. And like the ox-eye daisy, the Shasta Daisy is a perennial plant, meaning it will come back year after year. So if you’re looking for a plant that has all the beauty of a daisy with the staying power of a Chrysanthemum, the Shasta Daisy is a great choice.

Although Stokes’ Aster (Stokesia laevis) may resemble zinnias (Zinnia sp.), the two plants are actually quite different. Both belong to the family Asteraceae, but zinnias are annuals while Stokes’ aster is a perennial. Stokes’ aster gets its common name from the resemblance of its flowers to those of the zinnia.

Zinnias are popular plants because they come in many different colors and shapes, and they are easy to grow. But since this flowering plant is annual which makes them short-lived, they don’t last as long as perennials. Perennials are plants that live for more than two years, making them a great investment for your garden.

This is why many people are considering alternative flowers that look like zinnias but with a longer life span and are easy to care for. 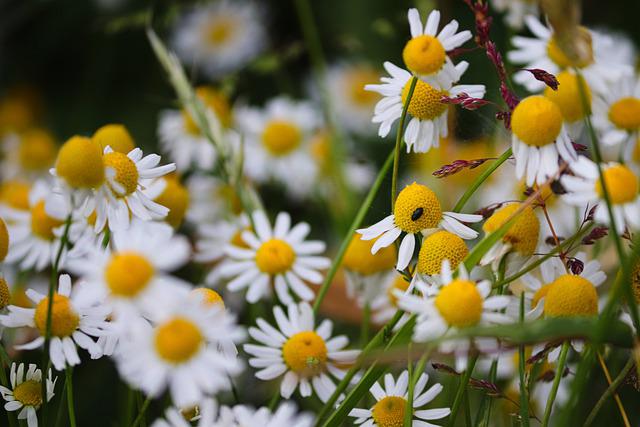 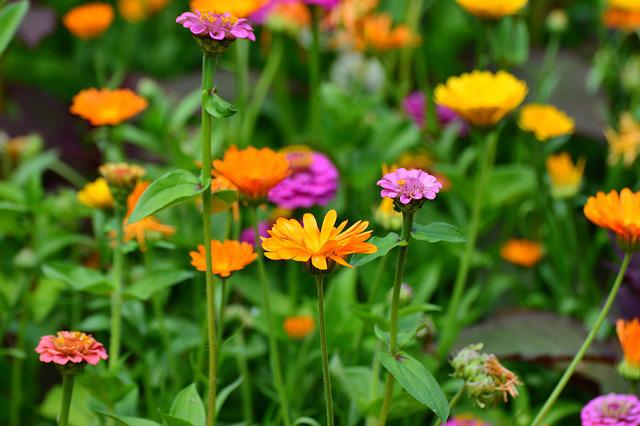